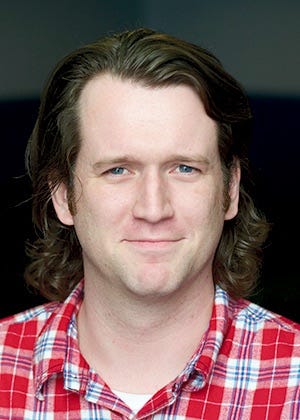 A true stat geek, Sam spends nearly all his free time obsessively pouring over advanced basketball statistics, which makes up for his complete lack of basketball ability. At least in his mind.

After an upbringing in the scenic metropolis of Stockton, CA, Sam begrudgingly moved to Los Angeles for college, where he graduated from UCLA with a BA in Economics. Ever since, he has instructed students of all ages in a wide range of subjects, particularly math. He brings eight years of teaching experience (16 if you count his high school and undergrad tutoring days) to the field he enjoys most: the LSAT.

In the classroom, Sam is like your cool (his adjective, not ours), older brother. He likes beer and fart jokes, and he can recite Chappelle's Show sketches, but he also has the experience to help you tackle the LSAT beast. He's happy to discuss the tactics that helped him get a 173, but he won't let you drive his car. It's '91 Camry, so that shouldn't be an issue.

With his Tom Brady haircut, Sam defies the widely accepted notion that a mullet must be roughly 50% ''business''.