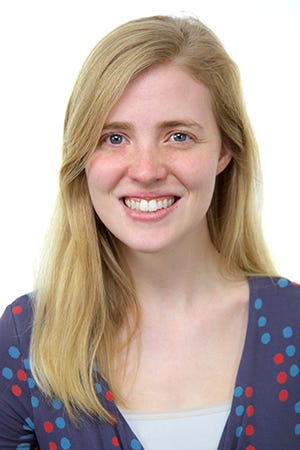 Christine is a native Rhode Islander and suggests you Google “stuffies” right away.

Prior to taking the LSAT, Christine served as a chaser for the Rhody Ridgebacks. She bid adieu to her dream of going pro after being sidelined due to a bludger injury. But being an LSAT instructor is good, too.

For her LSAT prep, Christine mimicked the earthworms from her seventh-grade science experiment, spending several weeks in a cool, dark place surrounded by newspapers and compost. She does not recommend this strategy, although it did result in her earning a 173, so who knows.

Christine much prefers the holistic approach that Blueprint offers. She likens the LSAT to the Cobra Kai Dojo members in the Karate Kid, whose bravado masks deep flaws and insecurities. She strives to help students find their inner Daniel-Sans by developing skills that will carry them through law school and beyond.

You can usually find Christine near the Charles Mingus section at a local record store, bemoaning the fact that Buzzfeed’s algorithm classifies her as elbow macaroni when she’s obviously gnocchi.