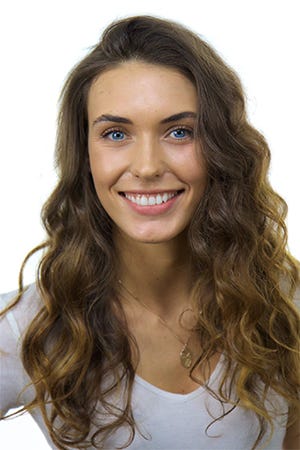 Although Linette spent most of her childhood in Romania herding goats on her grandparents’ farm, when she was in her teen years she decided to move to the US, learn English, and give college a try.

She started off as a Pre-Dent student at La Sierra University, and although she took the DAT and scored in the 99th percentile, she quickly discovered she was rather squeamish and preferred talking to people from a comfortable distance. After an intense brainstorming session, she decided to intern at a corporate law office and fell in love with the profession. She switched her major to Pre-Law, took the LSAT, and scored a 175.

Linette has traveled to every country in Europe and has spent time learning from each culture and adapting to their way of life. Because of that, she understands that everyone learns differently, which is why she makes sure to adapt her classes and teaching style to the needs of her students. She believes it’s extremely important to celebrate the small victories along the way, preferably with some rocky road ice cream (but any desserts are highly encouraged).

In her free time, Linette likes to get back to her roots by backpacking and camping in the wild. Although there are no goats around, the occasional bear and deer make up for that.