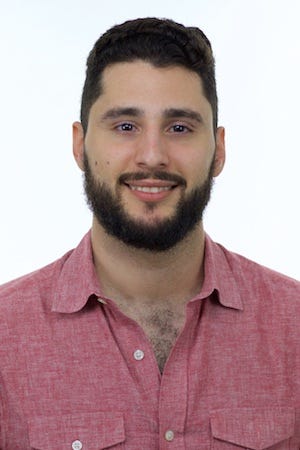 Though born in the Cuban metropolis of Holguin, Felipe spent the first 6 years of his life in a little-known wilderness simply called "Moa." There, Felipe decided early on he would grow up to be an astrophysicist or an iguana.

After puberty, Felipe realized the iguana thing wasn't going to pan out. And after watching a discovery channel documentary on black holes, Felipe realized that space was confusing and depressing. He ended up studying mathematics at FIU and teaching at a math learning center he would eventually leave in order to work as the director of.... you guessed it: a math center. It was there that Felipe first tasted the high octane, adrenaline filled world of test prep. After helping hundreds of students over the course of four years, Felipe left the center to pursue test prep exclusively and go back to school. He now teaches the LSAT, GMAT, and GRE. Felipe also plans to put his 177 LSAT score to use and apply to a joint JD/MBA program in 2020 (or maybe 2021... 2022?).
As an instructor, Felipe has learned that these tests, though difficult, are beatable. There are "success patterns" woven into the LSAT that, once seen and once mastered, will lead to not only a great score, but also a great time. Seriously, Felipe truly believes this test can go from torture to fun when you know what to look for. Don't believe him? Good! A little skepticism is healthy and will help you with the LSAT.
Felipe will tell you he's an avid chess player and cinephile, but what that really means is he plays 20 high-speed bullet chess games per day during meals and combs through Netflix's entire library for hours without ever actually picking anything.