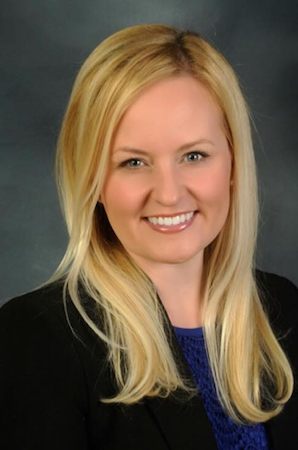 Jenny graduated with a BA in Political Science from Stanford University, where she was cheerleader. To kill some time between football games, she picked up a prep test and ended up snagging a 174 on the LSAT and a JD/MBA from UT Austin, where she was the Editor in Chief of the Texas Journal of Women and the Law.

Not one to shy away from prepping for a high stakes exam, Jenny has passed the bar exam in both California and Texas. She practiced law as a mergers and acquisitions associate for more than 7 years, including a two-year stint in Tokyo where she learned that a magnitude 9.0 earthquake is no excuse for leaving the office early and that sushi is a perfectly acceptable breakfast food.

Jenny recently hung up her Big Law spurs and dusted off some dry erase markers in anticipation of her return to the Blueprint classroom--she has taught LSAT and GMAT courses for over 7 years and is a veteran at helping students raise their scores.

With a compassionate and indefatigable commitment to teaching, Jenny is a veritable cheerleader for her students. You can expect her to be patient, approachable, and kind hearted. If you perform really well, pirouettes and high kicks might not be out of the question, either.