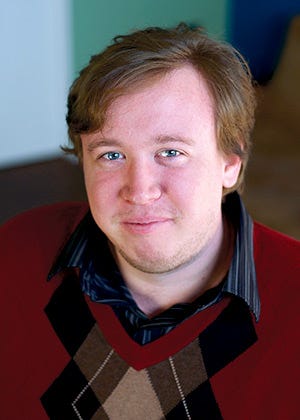 Dylan attended Yale, where he represented the university's debate team and became the second person ever to be both a national debate champion and North American debate champion, and the only American undergrad to win Cambridge University's invitational tournament. He also found time to study philosophy; upon graduation, he realized the local philosophy factory wasn’t hiring, and found work as a used car salesman, an online poker pro, and an MCAT instructor.

Before long, Dylan found his true passion: teaching the LSAT. Dylan has taught countless one-on-one tutoring students and 50 LSAT courses with Blueprint since 2011, helping his students understand the LSAT, improve their score, and attend law school. Dylan believes strongly in using anticipation to find that right answer. He believes that putting the work in early on questions pays off dividends later on. He also believes strongly in using his dog Spaghetti as an example whenever possible, to help clarify difficult concepts on this exam.

"Dylan is fantastic and truly gives great advice; he is an excellent teacher who knows the material. I have seen promising improvements in my score and I attribute it to the lessons he has taught me."